My ultimate goal is to generate papertoys with code (computer generated papertoys).

Most of my experiments in that area work are with limited variations.

But to make this project more challenging I decided this should be with curved shaped.

This project started in Februari 2016.

At that time I got a lot of junk-mail on A5 size flyer paper. Usually with a really colourful front with a big photo/logo/payoff/etc and more info on the back (or just blank).

It's what I really don't wanted or needed (aka junk-mail or SPAM). And something similar you don't want is bugs (in real live or in software :P ). I thought it would be cool to use the A5 flyers to create bugs from.

The first step was to create a paper version of a bug. The design is loosely based upon a ladybug.

And I wanted it be rounded shapes, so I couldn't use my usual tools (Illustrator), so I just used paper and a lot of tape: 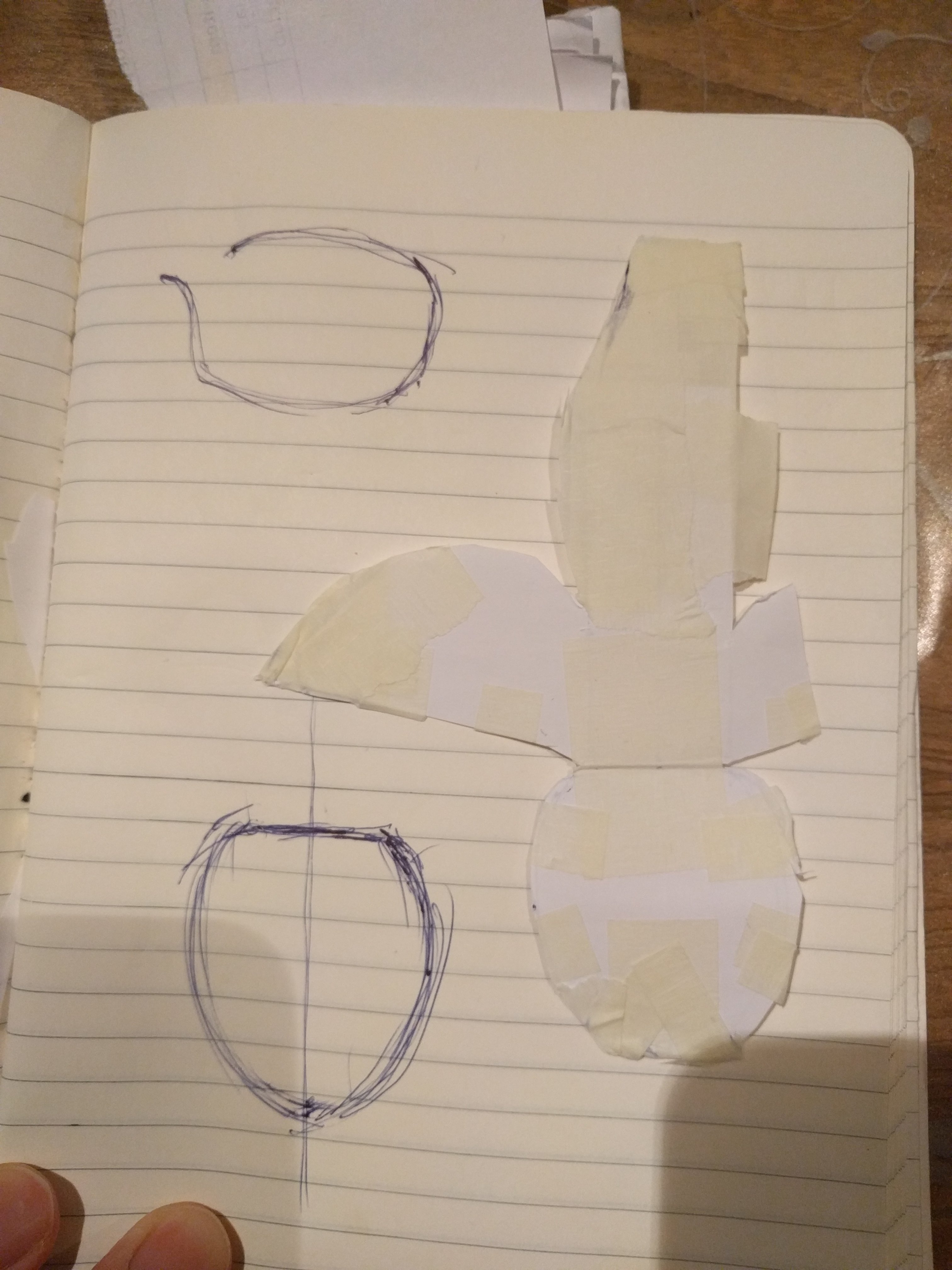 So the basic shape was done, now I needed it to be converted to vector. The first prototype was a "normal" papertoy. 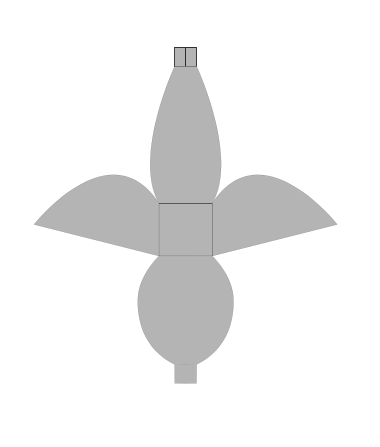 But to make the curved lines always connect to the adjacent part I needed to learn how to calculate the length of a curve. 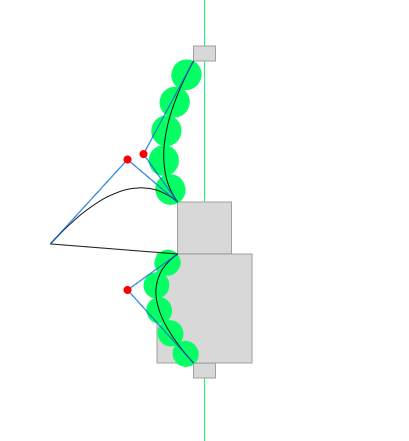 I don't want to go to deep into that, but for the really curious:

And when that worked, it also needed glue tabs to connect the parts 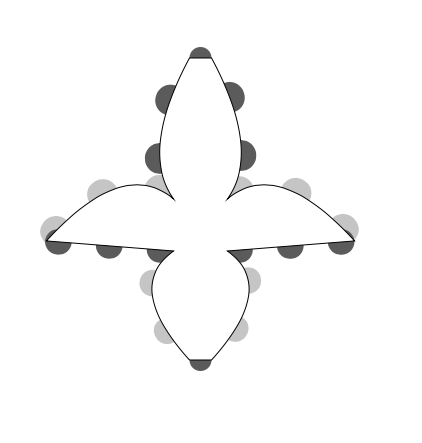 It sound easy but it was HARD! And I ended up with: 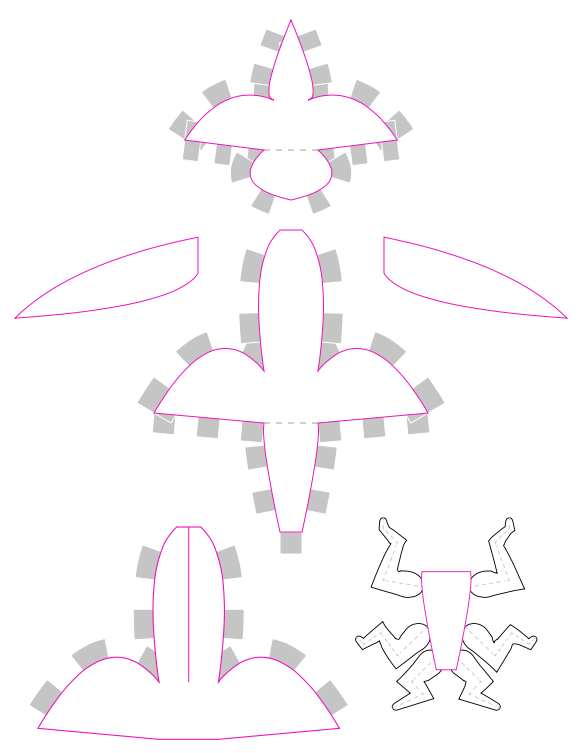 The legs are drawn by hand.

The original idea was to use A5, but after printing it on A4 (double size) I noticed it was almost impossible to build.

Flyer paper is heavy paper (I guess 150 gram) and glossy. Normally very good, but glossy paper is difficult to glue and the heavy paper didn't help. 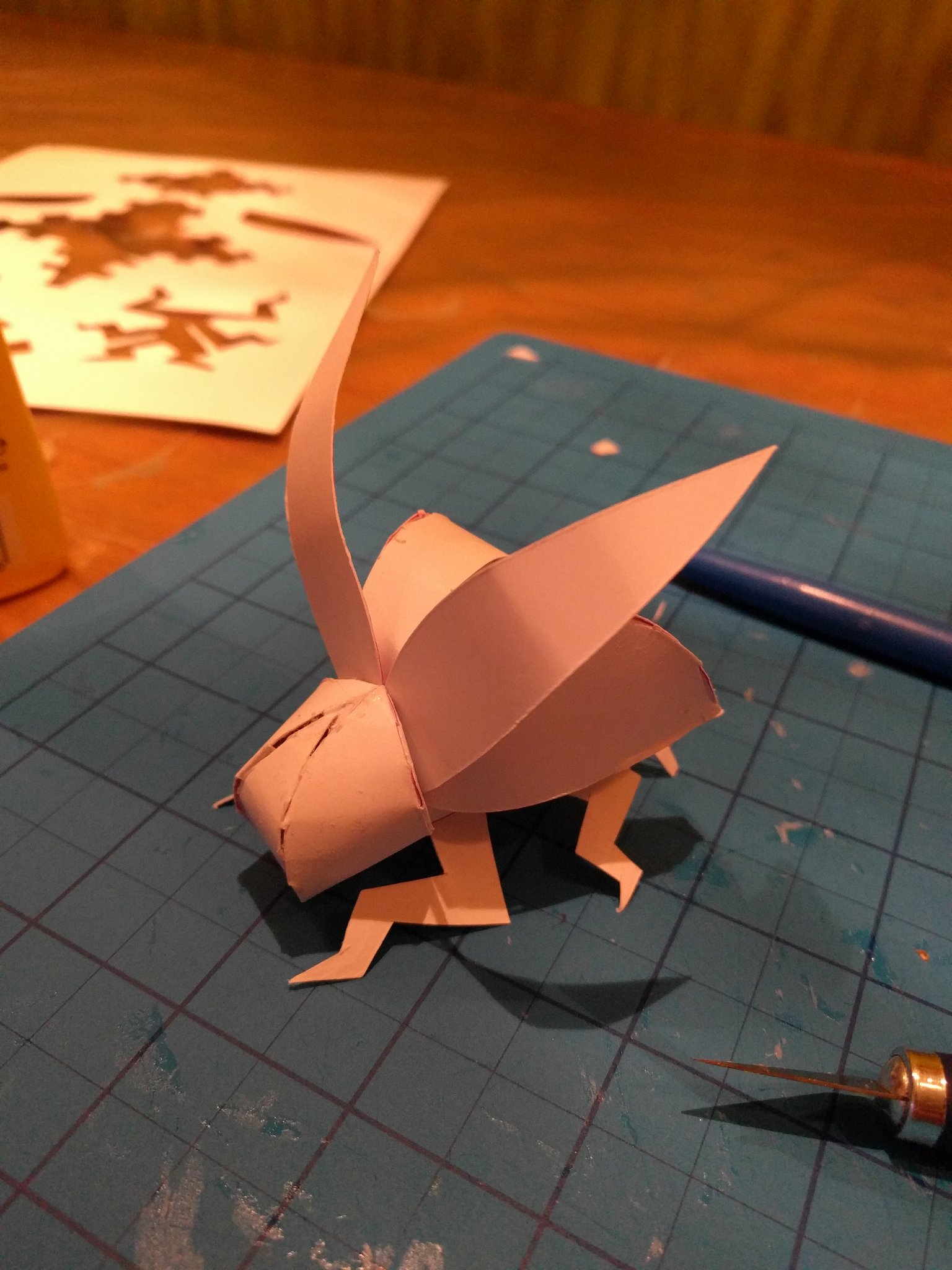 I just abandoned the project!

I was invited to Kunstsummer in Arnsberg, and the theme was "paper safari".

So I picked up my old buggrr project!

When I started, I noticed how close I really was. And if I had abandoned the A5 idea it would work.

After some coding I updated the wings, added antennas and legs.

So what is generated? I could explain it, but an animation will explain it better: 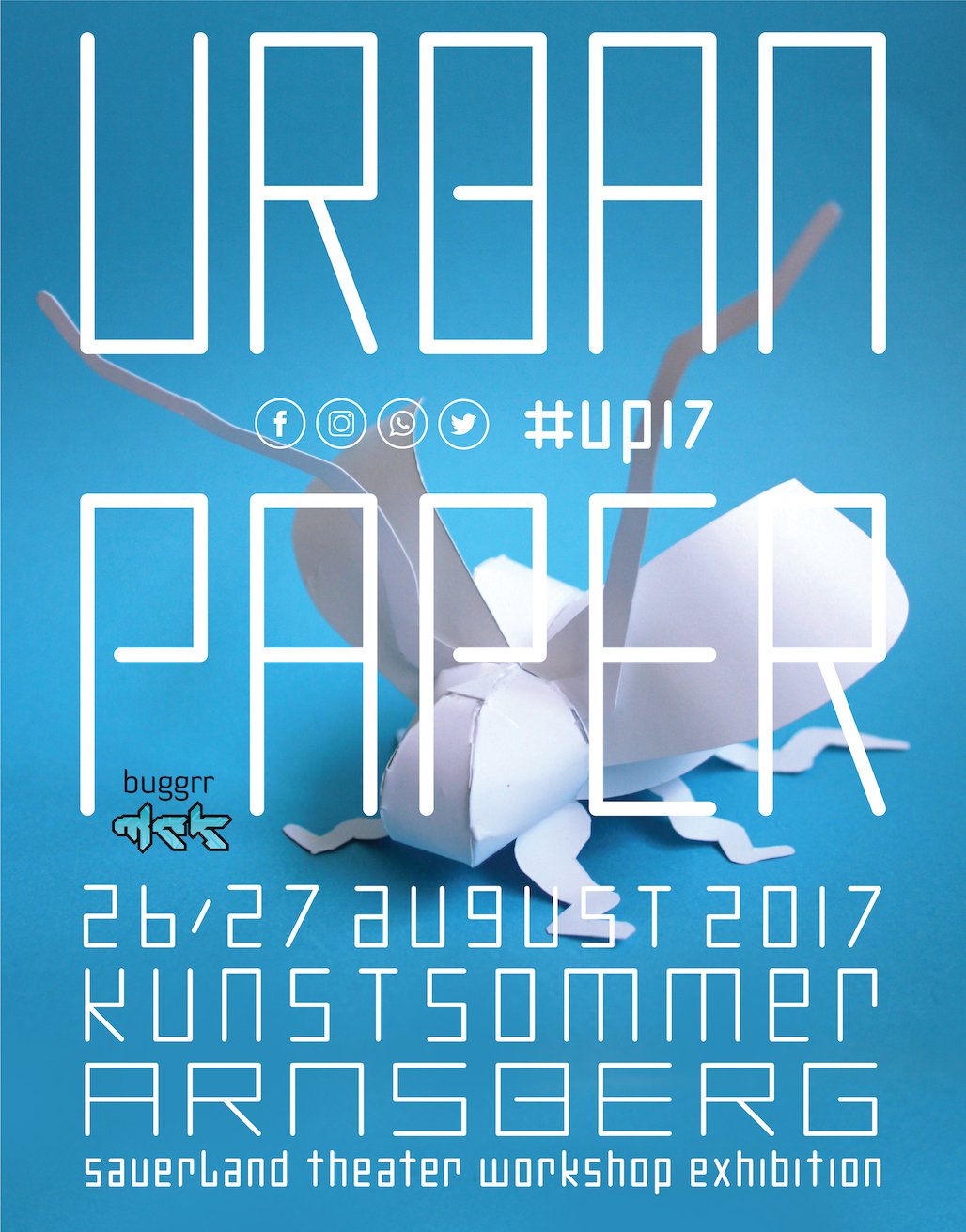